01-Mary Lu Zahalan - I can't forget about you

03-Destiny- Summer without you

12-Bonnie Tyler-TAke another look at your heart 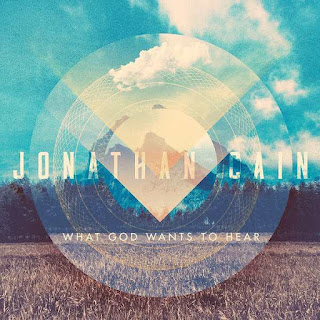 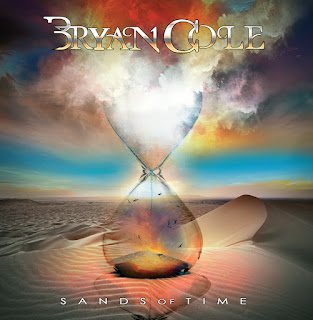 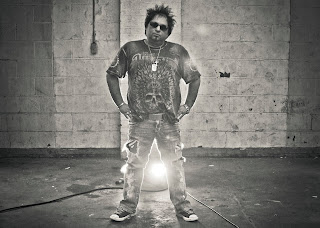 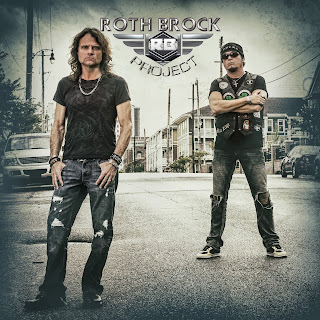 Produced and Engineered by: John Roth 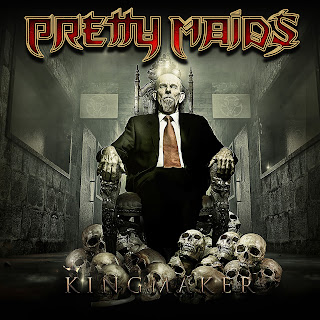 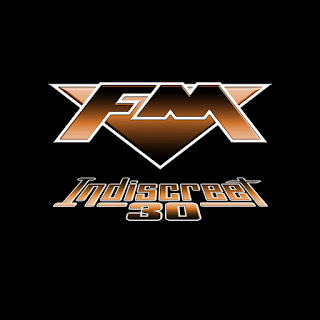 02.Other Side Of Midnight

04.I Belong To The Night

09.Heart Of The Matter 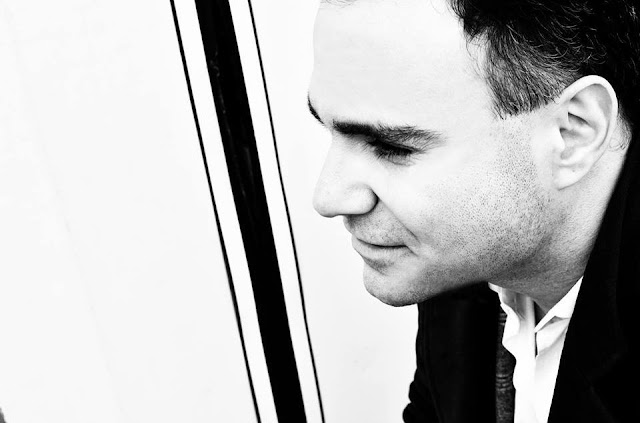 We got an interesting and attractive proposal within the West coast musical genre. We’re glad to have with us this musician we’re going to introduce you to.

Andrea, thank you very much for attending our Aorland Radio. After trying real hard to find some time, we’re finally here to do this interview. We apologize for the delay.

1) Let’s start off talking to our listeners, by asking, who is Andrea Sanchini?

Well, it’s very difficult to tell who I am in few words, but I’ll try to tell you about the artistic side of me. I began to be a singer since I was about 20 years old, but, at that time, I didn’t realize I could have taken the whole thing more seriously. Later on, I became a songwriter too and I started writing some musical ideas that eventually turned into songs. During the years I constantly changed my approach to music and if I think about what I was 20 years ago, I can surely say I’ve changed a bit, in the way I’m feeling and perceiving music now. That’s probably depending on life events, which may sometimes turn into traumas and some other times turn into joy and excitement. Life events are surely crucial for writing down music, but may also lead you to a different way of feeling it. 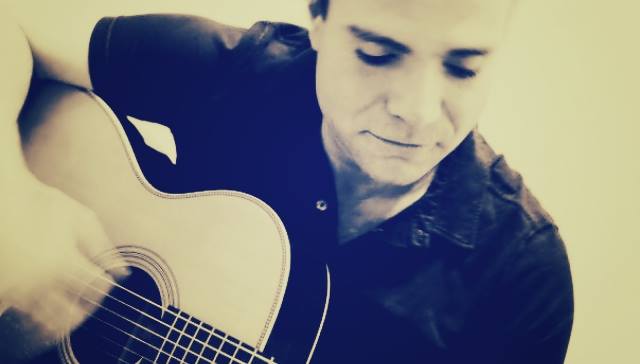 2) How did you start being part of the music world?

My visit card to the world was being part of Marco Taggiasco’s first release “Thousand Things” in 2004, but our major showcase was certainly the following work “This Moment”, in 2008. During the recording sessions of This Moment, we got the participation of musicians like David Pack, Eric Tagg and Anne-Marie Bush who contributed to raise the bar much higher. Everything looked suddenly new for us.

3) Here in Spain you are known for your collaboration with musician Marco Taggiasco. How's this collaboration goin’ on and when will you have a new studio album? I know many people in Spain who follow your career and are big fans of yours.

We are about to release a new project as Mr.Rubik. The album will basically contain previous unborn AOR-flavuored material and some dusted-off stuff. Not to miss, especially for AOR/West Coast music lovers!

4) You set a style in West coast and Smooth Jazz genre, especially in Europe: when composing, do you have any musical influence which makes you feel more comfortable, or do you prefer to find inspiration in various styles?

I’m trying to renovate a bit these days, cause I’m little too old-fashioned in songwriting. That’s why you may find me listening to new soulful/dance stuff, or, on the other way, new rock-oriented stuff. I got a bunch of new songs written down and I’m trying to put them together to see how they sound as a whole. I’m eager to see what happens. 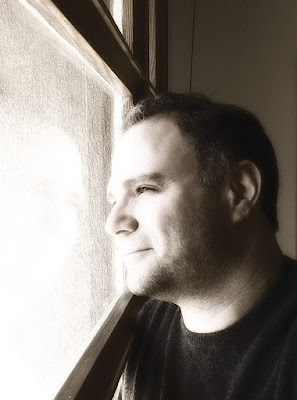 5) Linking up to the previous question, what future plans do you have and how about your collaboration with musician Claude Weisberg was? He’s about to release a new album called "Newest things", this October.


6) You’re very busy with your music on social networks, both Facebook and audio platforms like Soundcloud. Currently you sing with “Phonema Gospel Singers”, a smooth-jazz band and a Duran Duran tribute band. Will you perform live again this fall?

Yes, I was quite busy with live performances till this july, even though I don’t have much time to do that now. That’s the reason why I had to leave “Phonema Gospel Singers” for a while. I love those guys and I hope to come back to join them again soon. I sing with two other bands, but that happens from time to time, since I’m pretty busy in the studio now.

7) Italy is still one of the musical references in the Aor in recent years and “Frontiers” label is really active, betting both on classic bands like Toto, Journey, Night Ranger and on new composers such as Alessandro Del Vecchio. There recently took place in Milan, the “Frontier Rock Festival III”: how do you judge these events? Did you notice a resurgence of the AOR genre of the 80’s?

Well, I don’t know very much about this Festival, but I think it’s a great idea, these days, to let anyone have the chance to play live and showcase his music. I personally don’t think there is any resurgence of the AOR genre, I think there’s still a remarkable bunch of musicians and fans who are emotionally involved to this old-fashioned way of listening to music. Basically, I think many people are in urge of listening to good old-school written music. 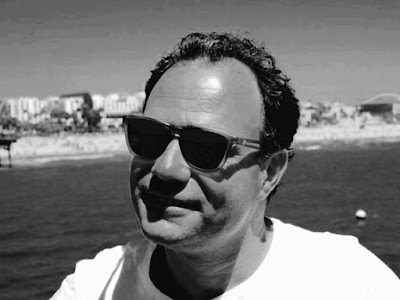 8) Returning to West coast music, it seems that in the last years we have a remarkable comeback of this kind of music, mostly thanks to countries like Sweden, Denmark, with artists such as William Friestedt and Ole Borud and recently to US, with the debut solo of Toto’s Steve Porcaro. What do you think about it?

It’s true, it seems that, somehow, the west coast wave is still alive. I listened to some tracks of Steve Porcaro debut solo album and I think he’s great as usual. I’ve always been a huge fan of him and of all Toto’s world, I really love is songwriting and his sounding.

9) Do you know anything of the music made in Spain?

It’s a shame, but I don’t know much, though I’ve been many times in Spain. I promise I’ll catch up on that.

10) Last April you were in the "Marco TAGGIASCO & Friends Hits Live" show. Besides Italy, do you plan to tour to other countries such as Spain and, particularly, to have a date in Madrid?

We’d love to do that and we hope to have the chance to plan a little tour to Spain real soon, Madrid and Barcelona especially. We’ll keep you updated about it.

Thank you very much for granting us some of your time, we wish you good luck! See you soon. 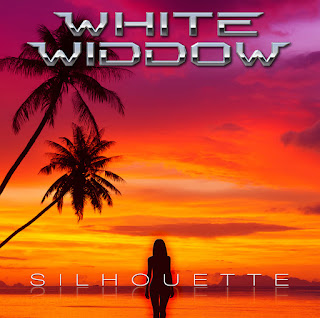 Tracklist:
1.Stranded
2.Surrender My Heart
3.Living For The Night
4.Last Chance For Love
5.Wild At Heart
6.Damage Is Done
7.Game Of Love
8.Smile For The Camera
9.Waited
10.Sleeping With The Enemy 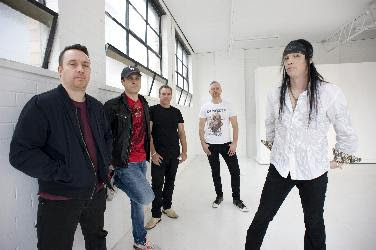 SteelRush " Through The Night" EP Review ( From India) 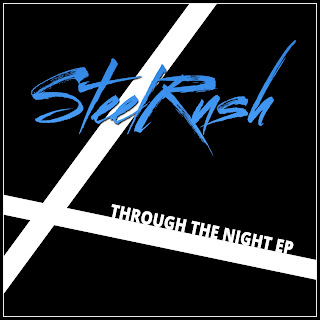 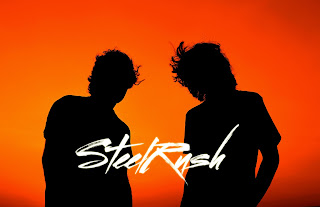 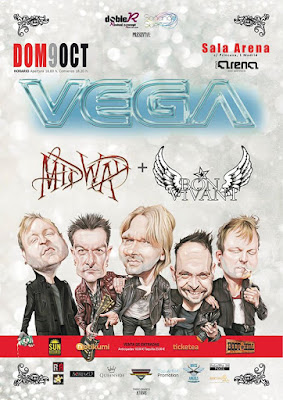 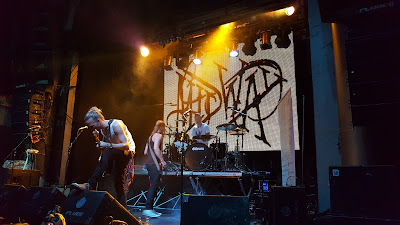 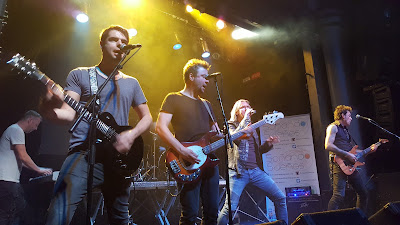